Effective September 1, 2017, the Oklahoma LP Gas Research, Marketing and Safety Commission (LP Gas Commission) reduced the rebate it offers for the purchase and safe installation of propane water heaters to $100.00.  The reduction was unanimously approved by the LP Gas Commission’s Board of Directors at its meeting in May 2017.

It is the purpose of the Oklahoma Propane Gas Association to promote this industry and to coordinate its activities to the end that OPGA may serve to the fullest extent possible the best interests of both the propane gas industry and the consuming public.

OPGA is and shall remain committed to increasing the effectiveness of gas service for light, heat, and power; to advancing the methods of manufacture, distribution, utilization, sales, and accounting relative to this industry; to advancing the public’s knowledge of, and appreciation for, the unique qualities of propane as well as its various and diverse uses; and shall encourage, now and in the future, economic advancement, safety, conservation and standardization within this industry. 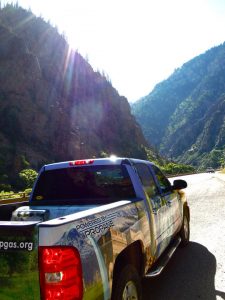 What is Liquefied Petroleum Gas?

Commonly referred to as Propane, LP Gas is one of the nation’s most versatile sources of energy. In fact, propane fuels everything from the rides at Disney World to the Olympic Torch. Propane also supplies about 4 percent of our total energy needs.

Propane exists both as a liquid and as a gas. At atmospheric pressure and temperatures above –44 F, propane is a non-toxic, colorless and odorless gas. An identifying odor is added to propane so it can be readily detected. When contained in an approved cylinder or tank, propane exists both as a liquid and a vapor. The vapor is released from the container as a clean-burning fuel gas. Propane is also 270 times more compact as a liquid than as a gas making it economical to store and to transport. Approximately 90 percent of our propane supplies are produced here in the United States and another 7 percent comes from Canada. Propane is produced from the refining of crude oil and the processing of natural gas and it’s a readily available, secure energy source whose environmental benefits are widely recognized. Propane is an approved alternative clean fuel included in the 1990 Clean Air Act as well as the National Energy Policy Act of 1992.